SANTA CLARITA, Calif. (KABC) — Firefighters continued to battle a brush fire next to the 5 Freeway in Santa Clarita Wednesday night that has already scorched 350 acres. As the spread of the flames slowed, officials lifted a mandatory evacuation for nearby residents.

The Calgrove Fire, which erupted along the northbound I-5 near Calgrove Boulevard around 1:15 p.m., was 45 percent contained as of 10 p.m. About 450 Los Angeles city, county, and U.S. Forest Service crews were battling the greater-alarm fire at its peak. One firefighter suffered minor burn injuries, according to Los Angeles County Fire officials. A jail inmate was also slightly injured. 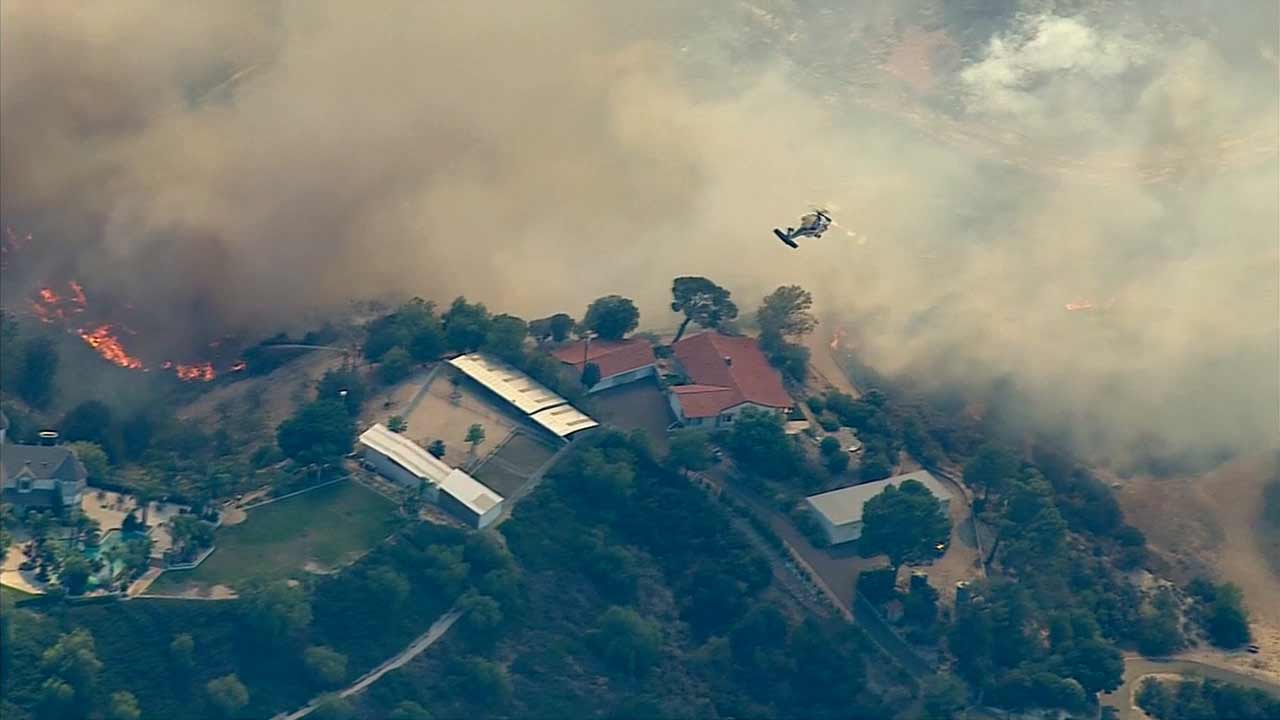 About 1,000 people and 500 homes were initially evacuated from the following areas:

The evacuations were lifted at 10 p.m.

The heavy brush was fueling the flames, which surged through dry canyons near the Angeles National Forest.

Seven helicopters and four fixed-wing aircraft were dropping 1,000 gallons of water at a time on the flames, which sent up an enormous ridge of smoke.

A smoke advisory was issued for the Santa Clarita Valley and surrounding areas by the South Coast Air Quality Management District. Residents in the area were asked to avoid vigorous outdoor and indoor activities, and keep doors and windows closed. Those with respiratory problems were urged to remain indoors.

Both directions of the 5 Freeway were closed at times due to the firefight. The Old Road was also closed. California Institute of the Arts closed its campus in Valencia for the rest of the afternoon due to the fire.

Tripp said five investigators were on the scene trying to determine what caused the fire.

Los Angeles County firefighters also responded to a five-acre brush fire that broke out near Soledad Canyon Road and Shadow Pines Boulevard in northern Santa Clarita. About 12 homes near the area were temporarily evacuated. The fire was fully contained shortly before 6 p.m., according to Los Angeles County Fire officials.

City News Service and The Associated Press contributed to this report.